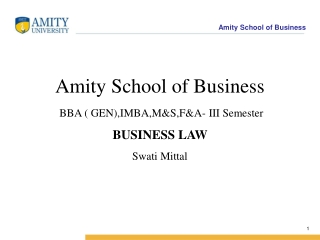 Welcome to the Business School! - . lindsay williams and belinda platt business school induction co-ordinators. what are

Are you a Business student? Is Semester 2, 2014 your last semester? - . if the answer is “yes” to these two questions

BUSINESS JOURNALISM - . sixth semester ruia college lecture six. so. what were the topics in the last class in which u

Aston Business School - . where is aston?. aston university. school of engineering and applied science school of life and

Lisa Berkey Director High School of Business - . draft. did you know that more than 30% of college-bound high school