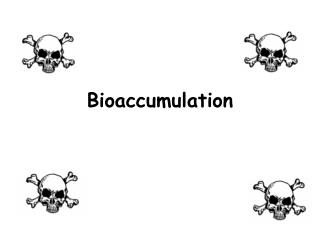 Bioaccumulation. The start of the problem. Many chemicals we use in our daily lives are toxic. Toxic chemicals include: pesticides , engine products and many household cleaners. Most toxins are made by humans; they do not occur naturally. . Some of these toxins are persistent . .

Warmup- - . symbiosis worksheet get out homework and turn it in!!. essential question-. what happens when humans

U.S. Department of the Interior U.S. Geological Survey - Mercury cycling and bioaccumulation in streams in oregon,

Top Carnivore - Friend or Foe - . review where we are in the course link to wednesday lecture exponential vs. linear

Unit 6 Pollution Review - . 2b. explain how individual differences can cause problems in determining safe levels of

Bioaccumulation of Mercury and the effects on Wildlife - . by: adam ware. levels i n prey and piscivorous fish