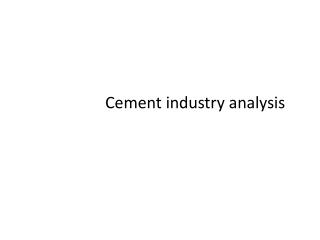 Cement industry analysis. An Overview. Cement is one of the core industries which plays a vital role in the growth and expansion of a nation. The demand for cement, depends primarily on the pace of activities in the business, financial, real estate and infrastructure sectors of the economy.