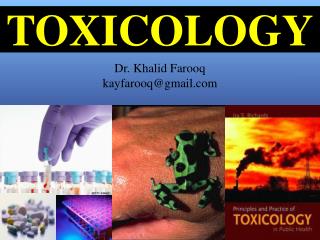 Thank You For Attending ‘ How Can We Win Hearts?’ - . presented by khalid al- dossary unlimitedinspiration@gmail.com

Farooq Bajwa - We created ppt slideshow of our law business. farooq bajwa & co provides legal services in the uk and

Prepare Yourself for an Effective Dawah Encounter 50 Tips - . by khalid al- dossary unlimitedinspiration@gmail.com

Forensic Toxicology - . toxicology. a science that deals with poisons and their effect and with the problems involved.

Forensic Toxicology Section 1 - . objectives explain how alcohol is absorbed into the bloodstream, transported throughout

Layman’s Toxicology - . an overview of toxicology for pesticide applicators developed by don mullins and pat hipkins

Marine Mammal Toxicology - . a global and public health perspective. the science of the total environment, 106 (1991)