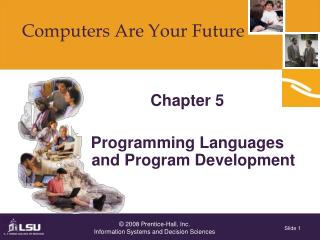 Computers Are Your Future Computers Are Your Future

Chapter 1: Introduction to the World of Computers - . deborah morley. overview. this chapter covers: what computers are,

E-Business Eighth Edition - . chapter 10 e-business security. learning objectives. in this chapter, you will learn about:

CISC 150 Introduction to Computers - Our objectives are: describe the major components and their interrelationships

History of Computers - Our presentation about