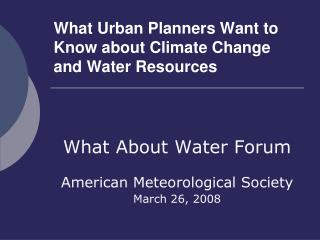 Chapter 9 Aquatic Resources, Uses, and Management - . the importance of water. all living things need water you are about

How Urban Planners Caused the Housing Crisis - . growth-management planning: efforts to control the rate and/or the

Air &amp; Air Pollution - . see what you know. what is in the air? what is the difference between global warming and