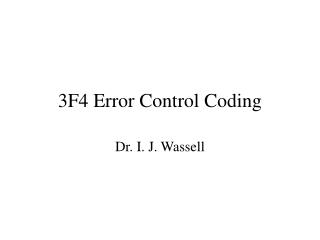 Arithmetic vs. Huffman - . most of multimedia methods use huffman coding. we should check why huffman has been chosen:

Chapter 6 Errors, Error Detection, and Error Control - . introduction. all transmitted signals will contain some rate of