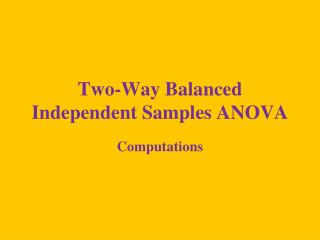 Analysis of Variance - . anova and its terminology within and between subject designs case

Analysis of Variance (ANOVA) - . a single-factor anova can be used to compare more than two