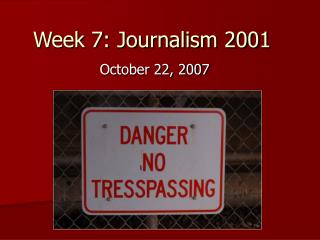 The Future of Journalism - . newspapers face declining circulation, advertising and profits. do you read a paper? look at