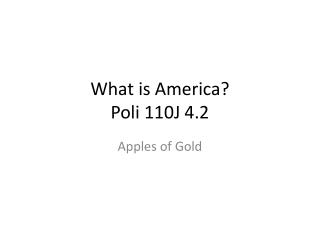 What is America? Poli 110J 4.2. Apples of Gold. Main Themes of Lincoln’s Speech. US a single people The nation is specially obligated by Providence to seek ever-greater levels of political equality Defining the community The nation is a moral unit