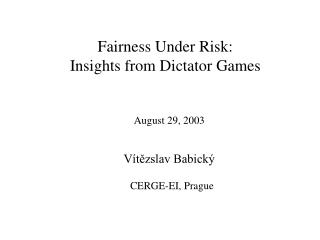 Prague! - . prague is the capital of the czech republic; it is located in the centre of bohemia. prague spreads out on

PRAGUE - . the magical city of bridges , cathedrals , gold - tipped towers and church domes , whose image has been

Prague - . the capital of the czech republic the largest city in the cr, 15 th largest in the eu it is also the

Prague - . our capital city. history of the city. first of our important women was libuše . she could prophesy. she