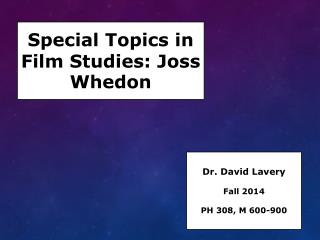 The Auteur Theory of Film - . the role of the film director. among all the people and tools that are part of the

Behind the SCENES – 127 HoURS - Http://www.movieweb.com/movie/127-hours/behind-the-scenes-footage-part-2. behind the