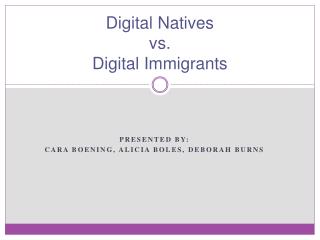 Digital Immigrants Digital Natives &amp; The Information Age - . fred stein and many others

The Digital Divide in My Family - . philip crivello dtc 101-1. the digital divide. the gap between people of different