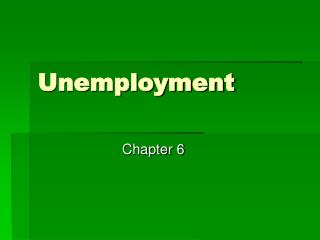 Unemployment . Chapter 6. Measuring Unemployment. An economy with unemployment is wasting resources and producing at a point inside the production possibilities frontier. A. Labor Force.

The World's Jobless - A look at unemployment rates around the

Treasury Offset Program for Unemployment Compensation Debts Due to Fraud - . what is a debt?. a debt is any amount that