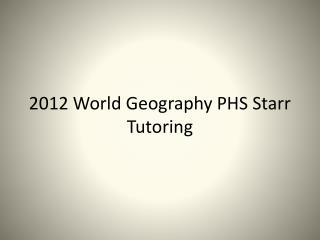 2012 World Geography PHS Starr Tutoring. Based on the information presented in the population pyramid above, it is reasonable to conclude that by the year 2030, changes in Germany’s dependency ratio will produce the greatest need for which of the following? (7A )

Tutoring Students with Learning Disabilities - . characteristics of lds &amp; strategies to help students with lds in

CALENTAMIENTO (“Warm-up”) Be seated, silent and on-task before the bell. - Calentamiento (“warm-up”) be seated,