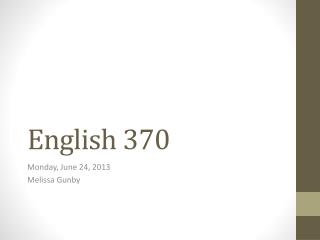 English 370. Monday, June 24, 2013 Melissa Gunby. Freewrite !. If you could invite four people (living or dead) to a dinner party, whom would you invite? Name your guests and write a little about the topics you would discuss or questions you would ask.