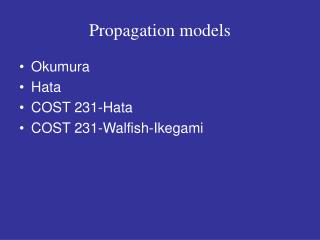 Propagation models - . what are they for? regulatory vs. scientific issues. modes of propagation. the models. itu

Propagation - . the art of asexually reproducing plants. intro. propagation is the process of making a new plant also