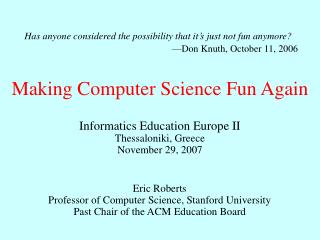 Computer Science Teacher Education - . found as a major subject in 1992 required minor subjects in degree were