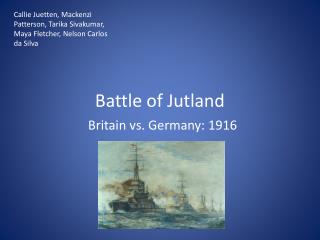 Battle of Gattysburg - . fahtieema johnson. introduction. the battle of gettysburg was fought between july 1 to july 3,

Battle of Trenton - . americans looking to get revenge on the hessians. cross the delaware river to sneak attack the

Battle Of Somme - . http://i.dailymail.co.uk/img/galleries/somme/somme2_350x294.jpg. the one day record. main western

Battle of Shiloh - . by: millie anna daniel , heidi henderson, morgan sanford, and hayden weaver . where did the battle

Battle of Gettysburg - . lee realized that it was crucial to attack the north. july 1-3, 1863 - battle of gettysburg - in

Battle of Britain - . battle of britain is clash between the german luftwaffe and the ro y al air force over britain and

Battle of Longewal - . in 1971, major k n chandpuri was occupying a defensive position at longewala , a small hamlet in

Battle of Gettysburg - . warm up. what is the message of this poem? was it god’s doing or man’s? why? explain what