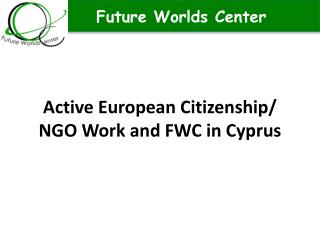 How could Teacher Education contribute to the development of European Citizenship Literacy ? - . istepec. intercultural

Italian results in their European context: Citizenship reform - . do all residents have equal rights , responsibilities

Youth in Action - . objectives. promotion of young people ’ s active citizenship in general and their european

A recommendation for a curriculum to support ACTIVE CITIZENSHIP - . structure of the curriculum for active citizenship

U.S. Citizenship - . mr. gutierrez. what is citizenship?. citizen – a member of a community who owe loyalty to a