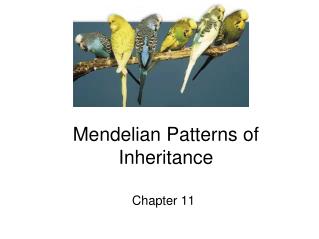 Mendelian Patterns of Inheritance. Chapter 11. Mendel's Law of Segregation (MONOHYBRID CROSS). A monohybrid cross involves one (mono) character and different (hybrid) traits. The F1 seeds were all purple; the white flower trait failed to appear at all.

Chapter 5: Lithography - . introduction. the mechanism to print 2-d patterns to a thin film layer on the wafer surface.