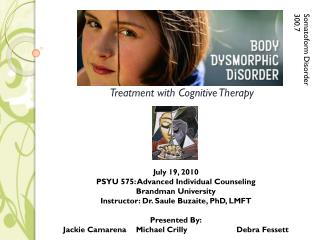 Role of Micronutrients in the Management of Male Infertility - . final diagnostic categories in a male infertility

IS THERE A ROLE OF MEDICAL TREATMENT IN MALE INFERTILITY? - . prof. dr. bÜlent semerci ege university school of medicine

Therapy Chapter 14 - . history of insane treatment. maltreatment of the insane throughout the ages was the result of