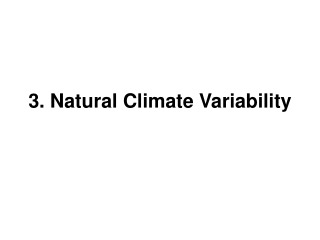 3. Natural Climate Variability. Approx. climate range over the 900 years up to 1900. Last century appears unusual. Variations of the Earth’s surface temperature for the past 1,000 years.