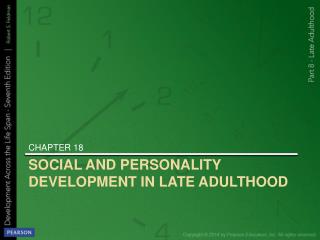 Adulthood and Old Age - . “empty nest syndrome”. when a significant person in an older person’s life leaves many

Socioemotional Development in Early Adulthood - Stability and change from childhood to adulthood. for adults,

Chapter 14 Early Adulthood: Social and Personality Development - . development across the lifespan. the components of