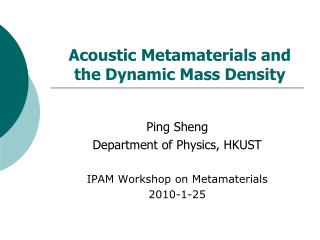 Mass Volume and Density - . what is matter?. matter is what the universe is made of. matter is anything that has mass and

Introduction MASS DENSITY AND VOLUME - . measuring mass. mass - the quantity of matter in an object standard unit is gram

Mass &amp; Density - . objectives. to explain what mass is to state the si unit of mass as the kilogram to identify g

Center of Mass and Density - . by jahi and morgan. density. overview. density is shown as mass over volume, or kg/cm^3 an

Density, Weight, Mass, and Volume - . weight versus mass. are they related? how are they different? a beach ball floating

Measuring Mass, Weight and Density - . measuring mass. mass is the measure of the amount of matter in an object. s.i.

Measurement Mass &amp; Density - . mass and weight. the mass of an object is the amount of matter in that object.

Length, Volume, Mass, and Density - . length. how “long” something is a ruler is used to measure length. practice.

Mass and Density-float or sink? - . objective s. design a “diver” that stays fully-submerged in water(but not sink to

Notes: Mass/Weight/Density - . mass :·more mass in a dump truck than a mid-size car·difference between mass and volume