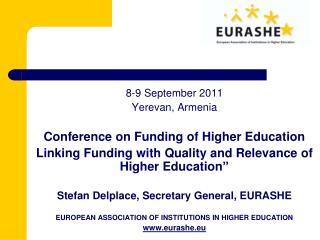 Enhancing the Quality of Education through Self Assessment Procedures - . one day workshop on quality assurance in higher