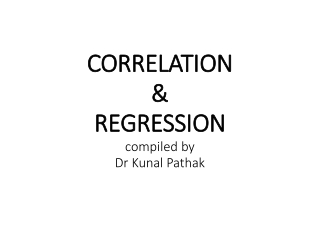 Correlation and Linear Regression - . how do we measure the strength of a linear relationship? correlation ( r )