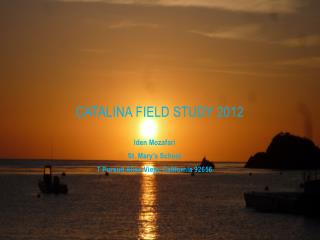 Field Sanitation - . task: display familiarization with the field sanitation and personal hygiene standards of the united

STEM Field Investigations - . bridging the natural curiosity of the learner with the disciplinary pursuits of science.

Year 12 Accounting 2012 - . andrew stimson . have you decided how you are going to go this year? set goals, get into

Bjork’s Seven Study Techniques - . one area of research in the field of cognitive psychology is human learning and