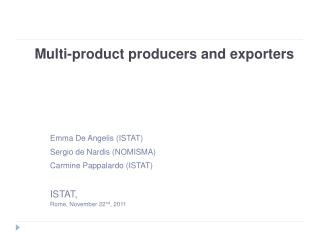 Drug and Product Labeling - . fda requires that livestock producers use drugs only in accordance with the label

II. Overview of Photosynthesis (4.2) A. Photosynthetic organisms are producers - 1. producers make their own source

Multi-cellular Primary Producers: The Plants - . worldwide, there are 5,000-6,000 species of seaweed and only 55 species

SUPPLY - . chapter 5. supply is. supply is not how much of a good is sitting on the grocery store shelves --- instead it