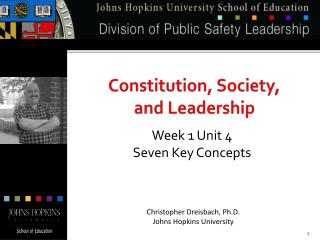 The American Revolution - . unit 5: sswh 14 b identify the causes and results of american revolution. what effect did the

Philosophical Framework of American Government - . political philosopher’s that impacted the framer’s of the

CONGRESS - . chapter 7 o’connor and sabato american government: continuity and change. congress. in this chapter we

This is AFS - . who is afs?. afs is… t he oldest &amp; largest professional society for fisheries scientists in the

Week 14 – Leadership - Principles of management . week 14 – leadership. definition . what is a leader? a leader is

American Values - Robert kohls, cultural historian. after over thirty years of training foreigners to live and study in

Teacher Leadership Institute Why Project Based Learning? - . office of instruction wvde. the 21 st century context for.