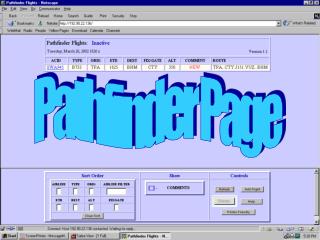 PATHFINDER 101 - . is creating a path for others to find difficult for you?. the pathfinder serves as a bank of

Cooperatives Pathfinder - . curriculum on how to start a cooperative prepared by cooperative development services august

MARS PATHFINDER - . by: zak and kieran. what is it?: a robotic u.s. space craft/ vehicle purpose: sent to mars to explore

LISA-Pathfinder - . les buts. the lisa technology package on board of lisa pathfinder will enable testing of following

Mars Pathfinder - . edited by: amangeldy hojanepesov. start of vehicle. approaching to mars. destination. on the ground.

Pathfinder Activity - . design, implement and test a path finder module for the inter domain manager, starting the from