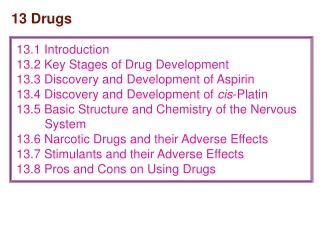 ANTI-INFLAMMATORY DRUGS Chapter 13 - . inflammation is a protective mechanism that occurs in response to injury of