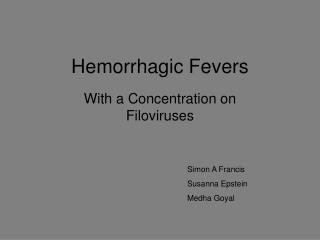 Viral Hemorrhagic Fever - . arbo and roboviruses. all are enveloped rna viruses recovered in the 1950’s and 1960’s