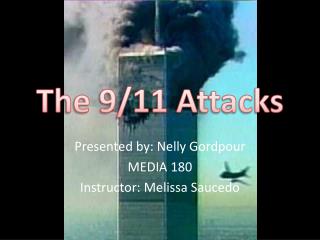 September 11th, 2001 - . who carried out the attacks. 19 members of the al qaeda network were responsible for planning

9/11 Attack - . during 9/11 thousands of americans lost their lives! even those who were trained to protect the public

Pearl Harbor And 9/11 Attack - . a then and now project by omeed daoud and shalah htoo. pearl harbor attacked. december

September 11th - . information. 9/11 was one of the most pivotal events in world history. its impact will be felt for

September 11, 2001 - . where were you?. the terrorist attacks against the u.s. began with the world trade center bombing