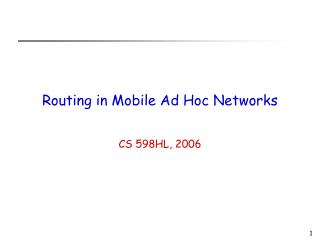 Joint Topology Control and Routing in Mobile Ad Hoc Networks - . their use is critical for communications on a daily