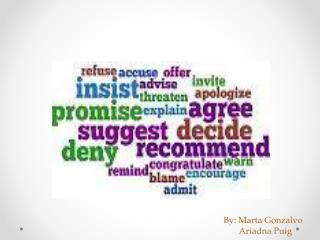 Reported Speech and Reporting verbs - . we can report what people say with direct speech (in inverted commas “…” or

Aim: Can I identify and use imperative verbs? - . what is a verb?. a verb is a doing word. it describes an action. i eat