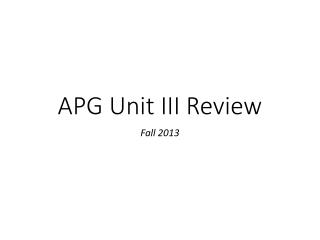 APG Unit III Review. Fall 2013. Which branch was expected to execute acts of Congress and protect against mass movements to redistribute wealth?. The Executive branch. What are three specific powers given to the President?.