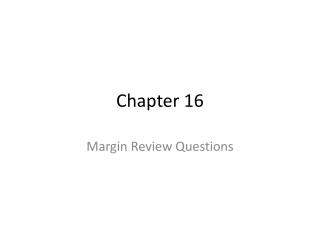 Chapter 16 . Margin Review Questions. In what ways did the Protestant Reformation transform European society, culture, and politics?. A permanent schism within Catholic Christendom . It gave some kings and princes a justification for their own independence from the Church.