The World Between the Wars 1921-1941 - PowerPoint PPT Presentation 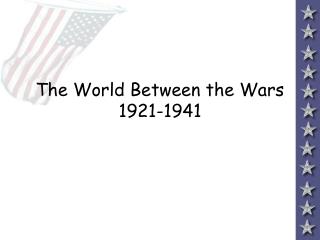 The World Between the Wars 1921-1941. How involved does the US want to be?. Isolationism – myth or reality Interventionism – disarmament & negotiation The men who would make policy:. The pursuit of “independent internationalism” War between US & Germany ends 1921

WWII - . the world between the wars. a struggle for change in latin america. the mexican revolution desires for land,

PIGEON HEROES - . by nataly , nathan , sierra. pigeons in the wars. during world war ii ,a factory in monmouth, new

PHOTOS STORED IN AN OLD BROWNIE CAMERA STORED IN A FOOT LOCKER SINCE 1941 - . pearl harbour 1941. amazing quality for an

Chap. 34 1933-1941 FDR and the Shadow of War - . objectives explain how the us turned away from its isolationist foreign