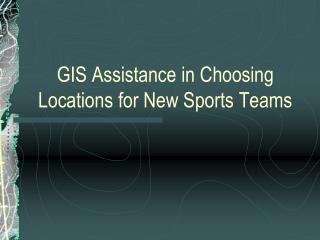 Trade Adjustment Assistance - . trade adjustment assistance (taa). through the trade act of 1974 as amended by the trade

Über Sports nation - . by understanding the path of Über sports fans online and their need for greater engagement,

Youth Sports - Do you know what the #1 reason children cite for their participation in a sports program? “to have

Choosing the Right Vaccine - . a brief presentation on hepatitis b &amp; haemophilus influenzae type b infections and