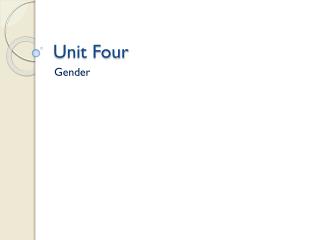 Unit Four - . grade eight. 1. annul (v) to reduce to nothing; to make ineffective or inoperative; to declare legally

Unit Four - . reasoning by analogy. why do we look to prior cases? precedent in what components should the cases resemble

Unit four - . teaching objectives. 1. grasp the main idea and the structure of the text 2. master some key language

Unit Four - . how the values and principles embodied in the constitution shaped our american institutions of government.

Unit Four - . exploring the big question. “it is not fair to ask of others what you are not willing to do yourself.”

Unit Four - . 2. teaching objectives. 1. enlarge vocabulary on the topic of studying abroad. 2. talk about the positive

Unit Four - . how the values and principles embodied in the constitution shaped our american institutions of government.

Unit Four - . acids-bases reactions. acids &amp; bases. what causes acid rain? and how can we prevent the damage? why

Unit Four - . the design plan for freedom tower. i. about the text. suggested