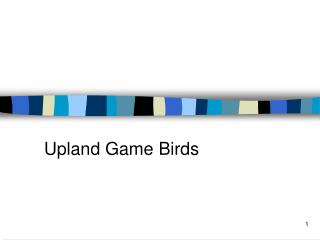 Chapter 32: Reptiles and Birds - . section 1: reptiles. what is a reptile?. reptiles are vertebrate animals that have

EXOTIC BIRDS - . type of pet birds. the class aves consist of more than 8,500 species of birds and 29 orders of birds two

REVIEW - . chapter 4. the organisms most likely to belong to the same species are. a. organisms in a pond b. birds in a

Modern Birds - The other remaining archosaurs are birds given their own class aves by traditional taxonomists. there are

Famous Golf Courses Upland Hills - Golf game is admired from years and it has been changed over years, whether it is