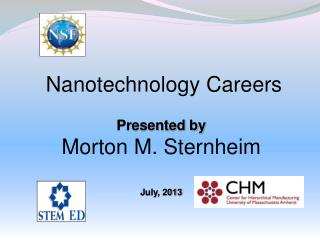 Nanotechnology and Its Impact on Your Future - . nanotechnology research center georgia institute of technology. funding

R.P.H. Chang, Director Nanotechnology Center for Learning and Teaching (NCLT) - The importance of nano education in the

Bahrain Petroleum Company (Bapco) and Career Advice and Opportunities - . about bapco. bapco is 100% owned by the

Advising Students on Preparing at NMSU for a Career as a Chemical Engineer - . david a. rockstraw, ph. d., p. e. robert

Careers in Physics - and life as a professional astronomer - . so you’re thinking of a career in physics?. physics