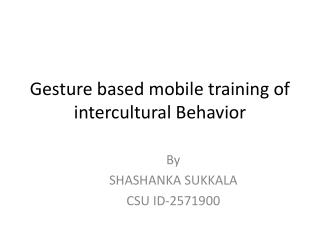 The Use of IT Tools for Effective Communication - . by tunde ezichi rid 9125 committee chair for information technology

Nonverbal Communication I - . is it possible to communicate without words? studies show that over half of your message is

Communication (Miller Chapter 9) - . the big questions. how do humans communicate? what are the links between