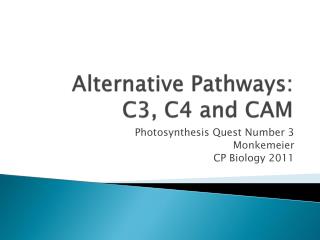 FCHS Career Pathways - . pathways to success. what are career pathways?. a sequence of courses, usually three in a

Chapter 21 Biosynthetic Pathways - . introduction. in most living organisms, the pathways by which a compound is