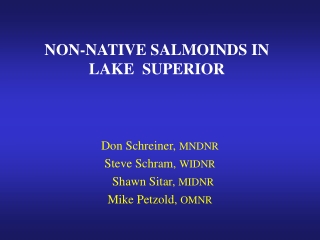 Non-native species - . organisms that have been moved from one location to another where they did not originally live.