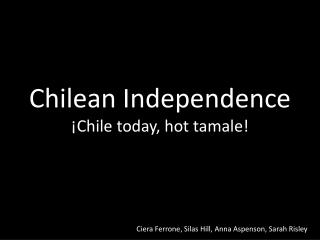 Chile - . “republica de chile”. flag and coat of arms. the star represents a guide to progress and honor. blue

Poverty, inequality and welfare in Chile: Evidence, challenges and lessons - . dante contreras undp and department of

Chilean History - . how can atrocities happen even in stable democracies? world history 2, session 7. where is chile?.

Chile - . chilenos. where chile is on the map. chile has a square mileage of 292259 miles. capital and flag. the capital