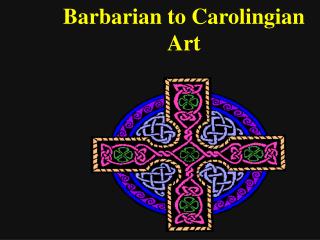 Barbarian to Carolingian Art. End of the Classical Era. The collapse of the economy of the West meant that skilled workers departed for the East. Charlemagne and the Rise of Medieval Culture - . culture and values – chapter 09. the carolingian, monastic, and

The Early Middle Ages: The Feudal Spirit - . the age of charlemagne. descended from franks: valued war and destruction

The Barbarian Invasions - . by: cassie wooters and kaitlyn johnson. what were the barbarian invasions?. period of human

The Rise of Western Europe - . dark and middle ages. dark ages. period of time from about 500ce to 1000ce in western

Medieval Europe - . defining the medieval period. the time period has also been called the “middle ages” and the

Medieval Europe - . defining the medieval period. the time period has also been called the “middle ages” and the

Byzantine Empire - After the western roman empire fell to german barbarian invasions in the 5th century, the eastern

DO NOW : - . do not use your notes for this! answer the following questions: what is a barbarian? what were their

The Middle Ages or Ages (get it?) - . europe after the roman empire. fall of the romans. empire was split into 2 parts

Mongol Mania!!!!!! - . love/hate relationship. virtually all written accounts by those who were vanquished by the mongols

he Development of Polyphony - . polyphony in the ninth and tenth centuries. artistic style of carolingian/imperial period