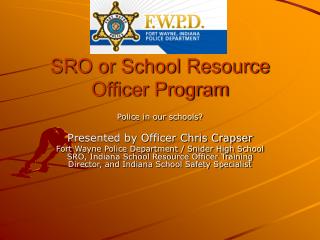 HOSA Chapter/State Officer Guide - . this program will introduce, implement, and promote a set of training tools, which

Tom Medcalf Science Resource Teacher, School District of P.B.C. FL - . for 10 points. which is an example of a

School Climate: Moving from Entitlement to Gratitude - . objectives. to examine the research about gratitude and school

GEOG 4400: Resource Use - . lecture 4 resource history. temporal scales. since the dawn of life on earth, more and more