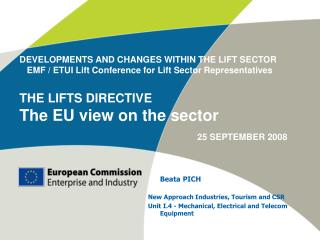 New Hampshire Industries - . what is an industry ?. an industry is… a branch of work/labor that specializes in one

Peer Reviews and new Compendium on CSR - . presentation to hlg meeting 20 december 2013, brussels. this presentation. the